back to search results

Manisha Sunar (left), 18, cradles her 2 year old son, as her husband's niece Pramila Bhujel, 13, sits next to her at the information center near their home in Lekhapharsa vilage, Surkhet district, Western Nepal, on 30th June 2012. Manisha was married off when she was 14 but secretly used contraceptives with the help of her husband's sister. When he found out, he forced her to stop and she was soon pregnant with no money to terminate it. She's now 8 months pregnant again even though her husband neglects and abuses her and her son. He also mistreats Pramila and earlier this year, a fellow villager secretly married Pramila off to a man in his mid-20s but the marriage was annulled the day after when her uncle, Manisha's husband found out and wrestled her back. Now, Pramila is still mistreated by her uncle and is considered a divorcee since she spent one night with the man she was married to, but she is back in school and has ambitions to become a nurse. In Surkhet, StC partners with Safer Society, a local NGO which advocates for child rights and against child marriage. Photo by Suzanne Lee for Save The Children UK 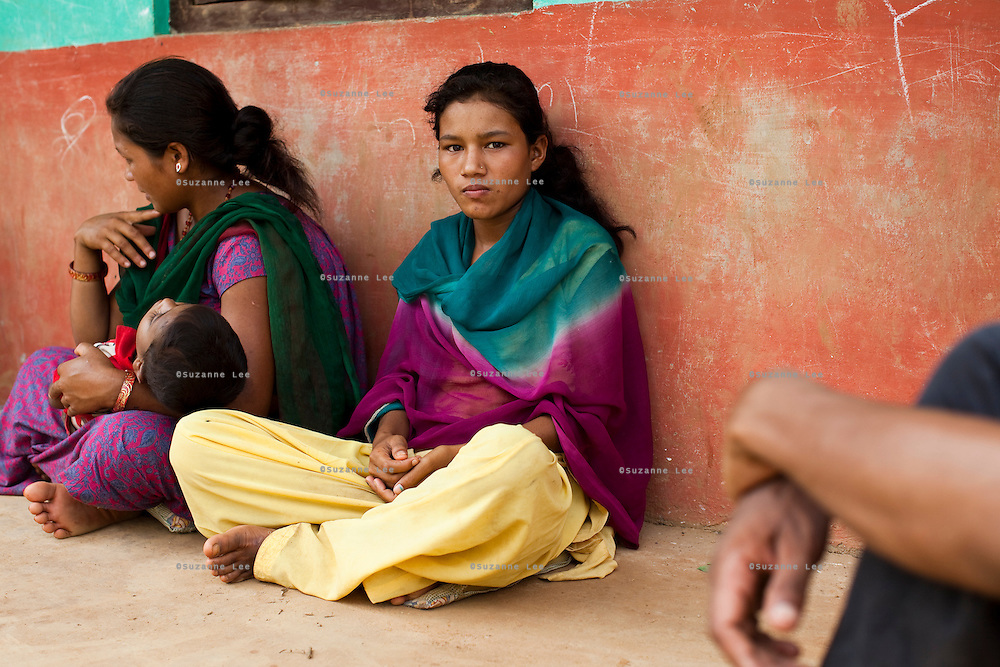