Shardaben holds a photo album of her 7th month of pregnancy during the surrogacy. The Godbharai, which literally means "filling the lap", is a tradition of providing the mother with gifts etc. and dolling her up in finery. Dr. Patel said that many of these women don't experience such a nice godbharai and that they do this for the surrogates in their 7th month of pregnancy. . .Shardaben Kantiben, 31; Husband is Kantibhai Motibhai (37).3 children --- 2 girls - Usha(15) and Lakshmi (18, in pink); 1 boy, Chintan (17).-Kantibhai was already a sperm donor at Dr. Patel's clinic when they came to know about surrogacy and its benefits from Dr. Patel and Shardaben went in for her first surrogacy in early late 2006, early 2007..- Education costs for all three come to Rs. 15,000 per year.- Shardaben was a two-time surrogate. First time she gave birth to twin girls for a Taiwanese couple and the second time a boy for an Indian couple from America (photo on TV set because she's proud that it was a boy).- The second time she became emotional and they got a gold ring of Rs. 1,500 made for the boy, which they presented to the biological parents. They are not in touch with either couple..- From the two surrogacies, they earned a little over 700,000rupees..-200,000rupees will be given as dowry for Lakshmi's wedding..- They leased agricultural land (Rs. 2 lakhs for five years) which earns them Rs. 60,000-70,000 a year; they bought two buffaloes worth Rs. 60,000 and make almost 6000-7000 per month selling milk; they bought a motorbike for Rs. 25,000; they put some money into house repairs and the construction of toilets, and opened a fixed deposit in Shardaben's name for Rs. 1.5 lakh and one in the name of their son, Chintan, for Rs. 25,000..Quotes.."Everyone says they'll keep in touch and take down addresses and phone numbers but nobody looks back. And I guess it works well. Our main interest was in the money. Their main interest is in the baby." - KantiBhai."Their rules apply at the 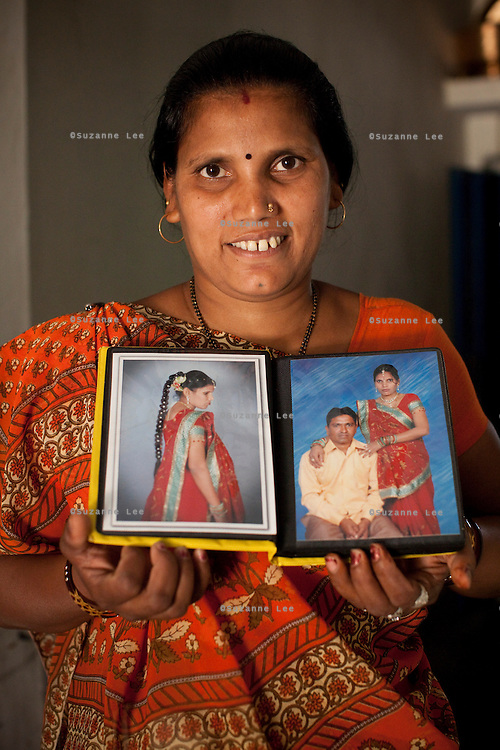