Shuki (left) looks on as Gili (3rd from right) warms up in Rompo Muay Thai Gym, Khlong Toei, Bangkok city, Thailand on 14th December 2009..Shuki Rosenzweig, aged 40, is a professional Muay Thai Boxing fighter (champion) and trainer who has lived for 9 years in Thailand. He is famous in Israel as the authority of this sport. Started at the age of 12 in boxing in Israel, Jerusalem. Used to work in the fish market. His father is a 'legend' in Jerusalem fish market. Shuki stopped working with his dad about 13 years ago. He has opened some muay thai gyms in Thailand in the past. He currently has about 5 Israeli fighters under his training in Bangkok, besides fighters of other nationalities. Shuki found religion in Bangkok with Chabad about 4 years ago. He never misses Shabbat and loves to sing the songs of prayer, priding himself with a good voice. "Chabad integrates all Jews. it keeps us together. When at Chabad, we are at home, united with people of the same culture, language and beliefs"..Gil Saat (known affectionately as Gili), aged 29, from Ramat Gan, Israel, has been a boxer for 9 years. He is on his second trip to Thailand for muay thai. On the first trip, he stayed for 6 months, fighting in about 10 competitions in Thailand and once in Cambodia. Gili has graduated in many sport related courses from institutes in Thailand and Israel, including a diploma in Thai massage. He first met Shuki in Israel many years ago at a competition when Shuki was the trainer for Gili's opponent in the ring. A few years after that, Gili attended a seminar given by Shuki about muay thai and then decided to come to Thailand to train under him. Gili comes from a more religious family in comparison to Shuki. Gili's grand father is a rabbi in Israel. Gili introduced Shuki to Chabad (both Khao San and Sukhumvit) about 4-5 years ago and they have since spent every shabbat at Chabad. On 4th Dec 2009, they both turned up for shabbat immediately after a competition, still bleeding and Shuki wi 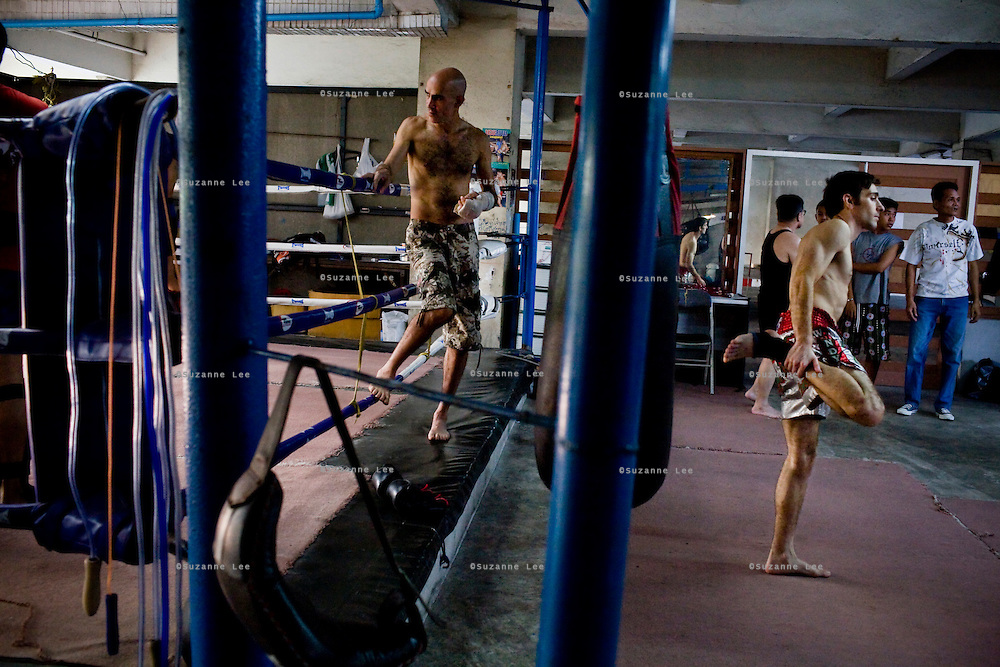