Jonathan Isaac Newman walks through the streets of Khao San after chanuka celebrations at Chabad Bangkok (Khao San), Thailand on 12th December 2009..Jon, an Irish/American, is a jeweller by profession, owns a video game manufacturing company in the USA, and used to work for the FBI. His brother is a rabbi. Jon has 4 children with his ex-wife, an Israeli. He speaks 7 languages and has recently decided to live to Bangkok. People often mistake Jon for a rabbi in Chabad Khao San because he wears a black coat and hat. However, soon after prayers, Jon changes into t-shirt and jeans, carrying his prayer clothes in a bag with him as he walks home..Photo by Suzanne Lee / For Chabad Lubavitch 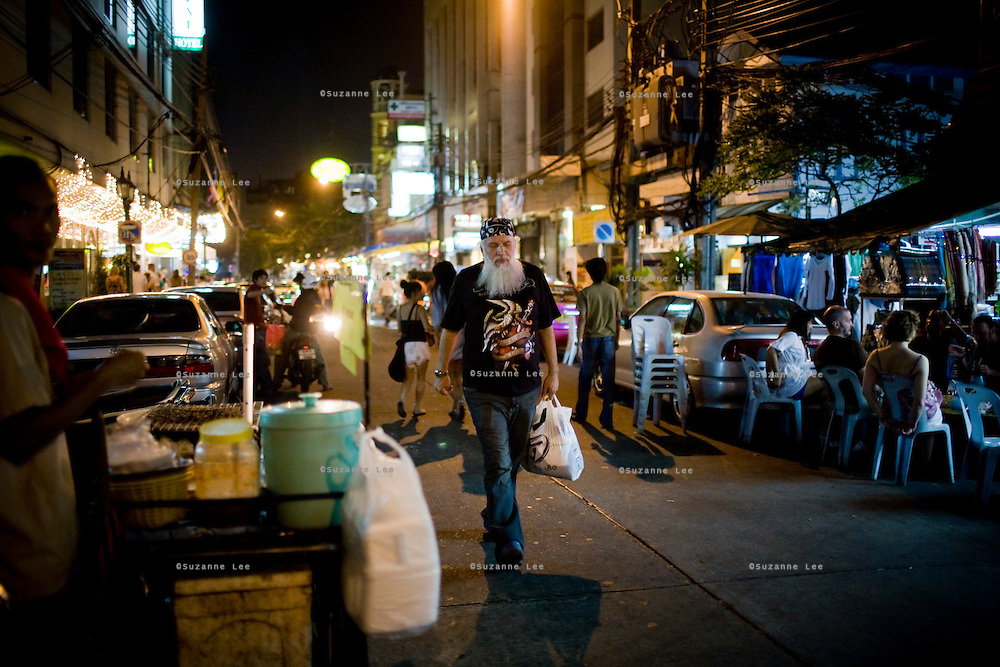