Shanti Adivasi (in white saree), 52, interviews villagers while distributing this week's newspapers to her subscribers such as Ayodhya Prasad Sen (right), 37, who said of Shanti, "she's a woman with a man's heart, to be able to come into these jungles and do the work she does", in Manikpur, Chitrakoot, Uttar Pradesh, India on 4th December 2012. Shanti used to be a wood gatherer, working with her parents since she was 3, and later carrying up to 100 kg of wood walking 12km from the dry jungle hills to her home to repack the wood which sold for 3 rupees per kg. After learning to read and write in an 8 month welfare course, at age 32, she became a reporter, joining Khabar Lahariya newspaper since its establishment in 2002, and making about 9000 rupees per month, supporting her family of 14 as the sole breadwinner. Photo by Suzanne Lee for Marie Claire France. 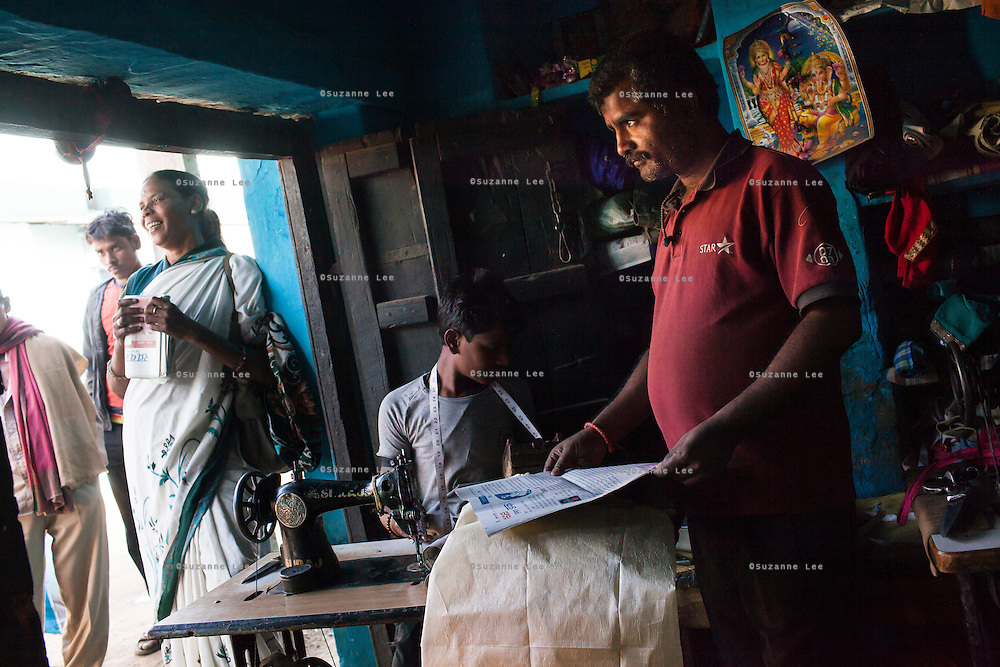