Eli Evioni and Dina Evioni look out to the Chao Phraya river (with the Rama 9 bridge in the background) from the window of their one-bedroom apartment near Khao San Chabad in Bangkok, Thailand, on 13th December 2009. Eli is writing a book on his life...Eil: Aged 68; Born in Israel to parents from Yemen; grew up and joined the army, been through the wars of '56 and '67 where he first met people from Chabad who came to put tefillin and bring donuts even in the desert camps. Eli remembered seeing soldiers putting tefillin on tanks in '67 when 2 planes flew from the egyptian side. He thought that it was an attack but suddenly, the planes flipped, a sign of victory over the enemy. Left Israel to complete studies in England where he met his wife, Dina. Eli has worked in a musica theater for many years, and then became a jewellery designer, folowing family footsteps. After marriage, he travelled with Dina as spouse and stayed at home, building a house and bringing up the kids. Currently, Eli is writing a book about his life. They've been living in Bangkok for 5 years so far. Eli still feels the only home is Israel. ..Dina: Aged 66; Born in England to non-religious parents from East Europe, mostly Russia. Grew up very secular, "felt like her birthright was stolen from her". When she met Eli, he brought her back. but it was only when they moved to Thailand and was involved with Chabad that she really felt that Chabad was giving her heritage back. Dina worked and retired from the UN in Geneva. Now, she works as a freelance translator for the UN. ..They chose the flat because of its proximity to Chabad Khao San. They miss chabad khao san terribly whenever abroad. "Once, I came back from a harsh time in Europe. I saw the face of the rabbi and his wife. their home was fully lit... and i felt like the light of G-d had entered me. I go to the synagogue every shabbat now.. like i never did before in my life. Because of Chabad. They give you love for free..." says Eli...Photo by Suz 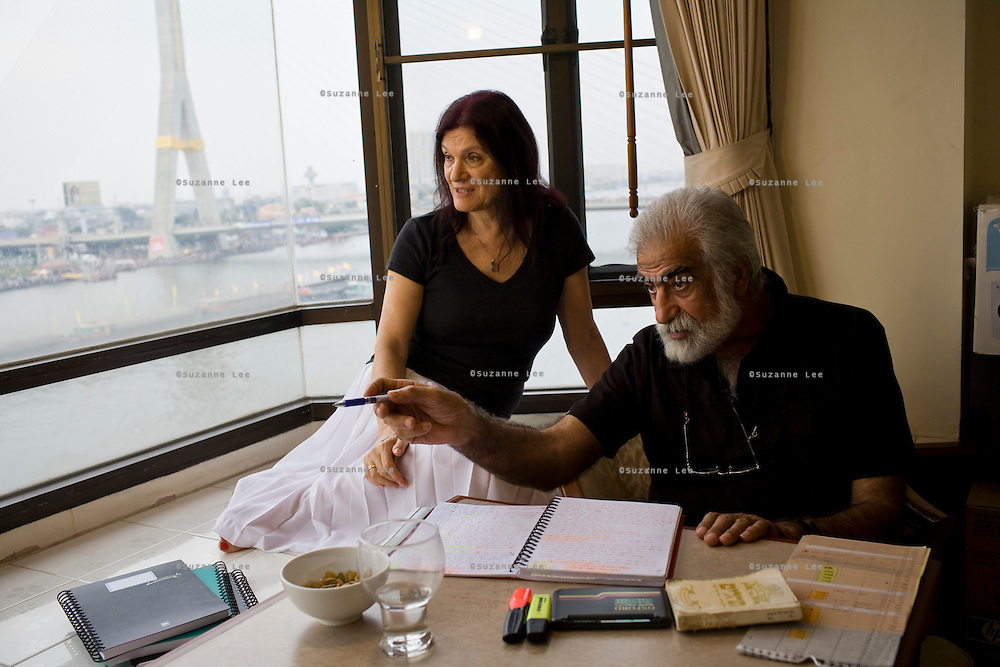