A villager prays to the goddess Durga, who is always depicted riding a tiger, in the Bono Debi/Bono Bibi temple on Gosaba island, Sundarban, West Bengal, India, on 18th January, 2012. A tiger hid in this temple after attacking a woman. Villagers pray to Durga and this endemic goddess, known as Bono Debi to Hindus and Bono Bibi to Muslims, to protect them from tigers. Tigers have been known to swim, sometimes underwater, to the village to hunt humans. A successful Royal Bengal tiger breeding program has increased their numbers but decreased the number of husbands. There are now an estimated 3,000 widows in the villages where their husbands, have been killed by tigers. Photo by Suzanne Lee for The National (online byline: Photo by Szu for The National) 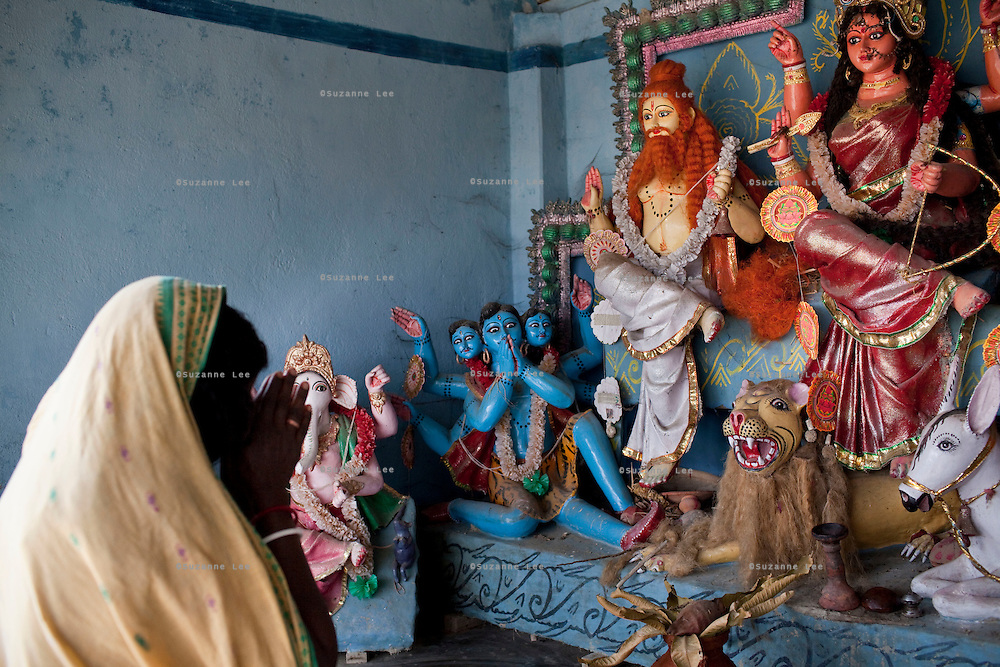