Riot police march forward as people look on from a Fairwood restaurant near the Central Government Offices, during a protest against a proposed extradition law in Hong Kong, SAR China, on Wednesday, June 12, 2019. Hong Kong's legislative chief postponed the debate on legislation that would allow extraditions to China after thousands of protesters converged outside the chamber demanding the government to withdraw the bill. Photo by Suzanne Lee/PANOS 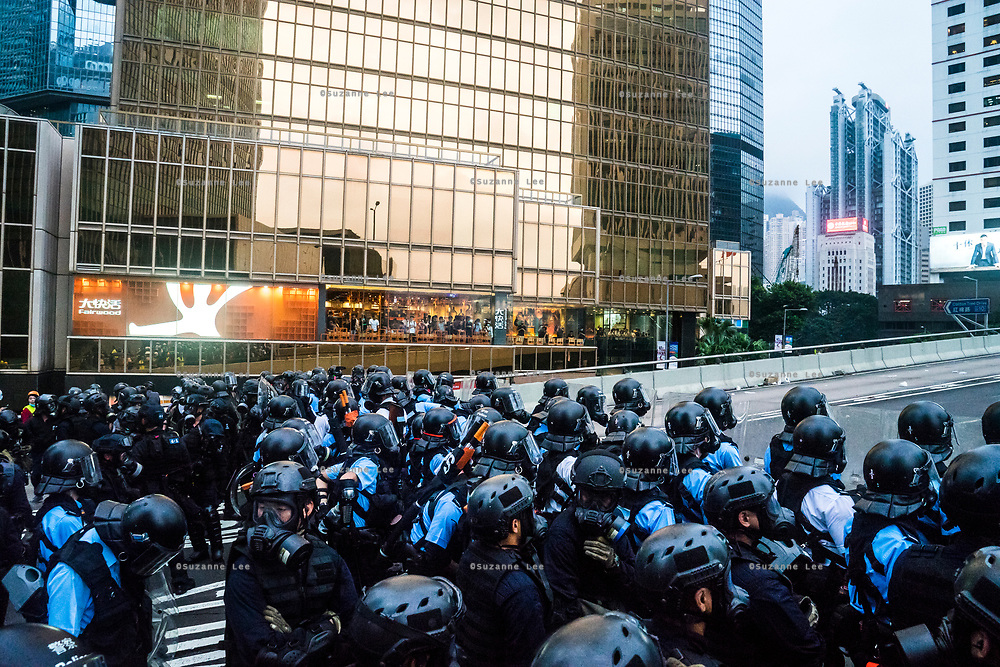