Anindita Kazi listens to her yet-to-be-released CD as she speaks of her grandfather Kazi Nazrul Islam and his relationship with India and Rabindranath Tagore as she holds her mother's recently released book on Nazrul Islam, in her house in Calcutta, West Bengal, India, on 17th January, 2012. The West Bengal government's attempts to rename one of its historic buildings after a Bengali poet has met with controversy. Kazi Nazrul Islam, Bangladesh's national poet's legacy has always been debated, including his relationship with other Indian intellectuals such as Rabindranath Tagore, who won the Nobel Prize for Literature in 1913. In an attempt to quell doubts, Anindita Kazi, Mr Islam's grand daughter will release a CD in which she reads from unpublished letters between the two poets to show their regard for each other. Photo by Suzanne Lee for The National (online byline: Photo by Szu for The National) 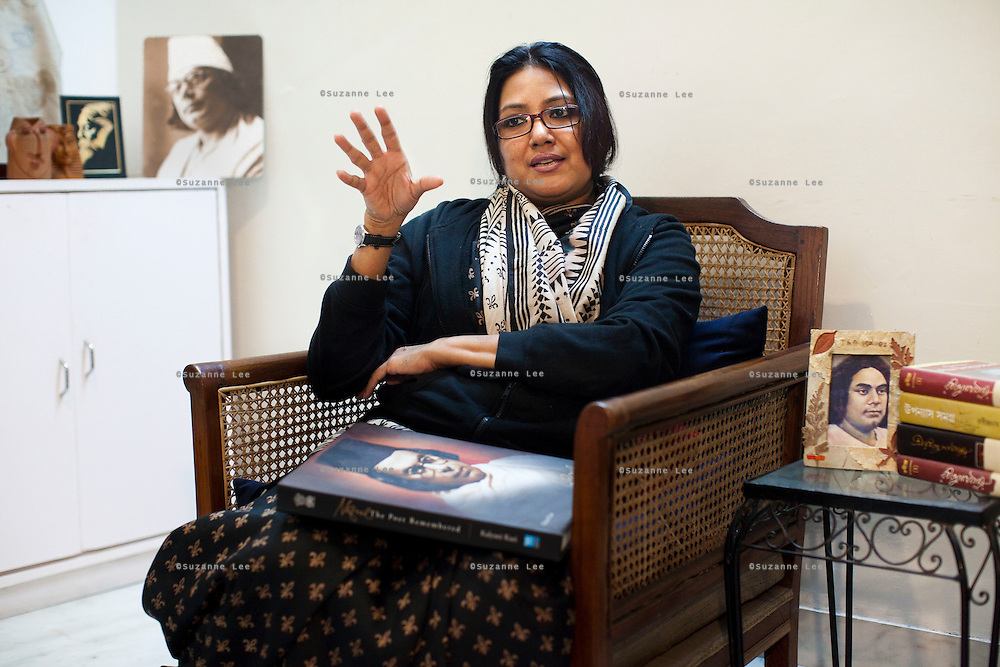